How to Game Under Pressure (Reduce Choking) 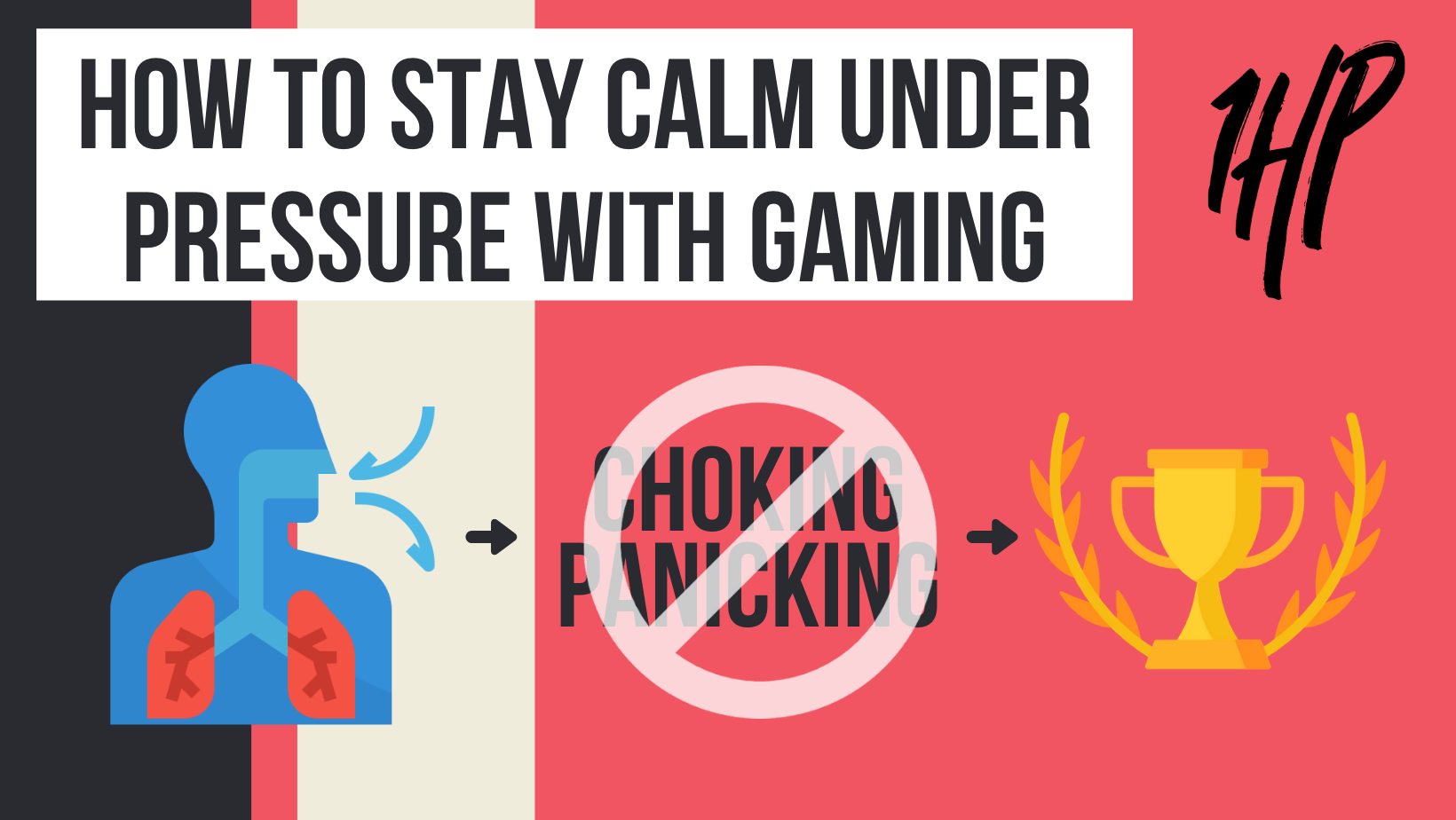 27 Jan How to Game Under Pressure (Reduce Choking)

Can you remember a time when you were in a turning point of a match? You knew there was an opportunity for you to overcome the odds stacked against you and carry. You saw it, you knew what you wanted to do, you could see exactly how you wanted the engagement to play out, you have done this before in practice a million times. But, then thoughts started to creep in. I don’t want to lose my promotion series for the third time, why are my PC fans suddenly so loud, how do I do this combo again? Suddenly, that clear image of your highlight reel is a little tarnished and the next thing you know you’re staring at a grey screen. You don’t even know what happened. You choked. You were the blue and yellow guy.

Why do you panic or choke with gaming?

Choking happens, how do we deal with it? First, we need to define what choking is. Mesagno and Hill (2013) define choking as “an acute and considerable decrease in skill execution and performance when self-expected standards are normally achievable, which is the result of increased anxiety under perceived pressure.” Let’s unpack all those words. Choking is not simply playing badly but playing under what your normal standards are because of perceived pressure and the associated anxiety. This means that you must already be skilled to choke. If you are still learning a game and do not play well, then this is unfortunate but not unexpected. If you are a top five player in the world but lose to that beginner in an even engagement because of anxiety from pressure then that would be considered playing below your typical level and thus would be “choking.”

There are two schools of thought for how choking affects a player. Self-focus and distraction. Self-focus is when you fixate on the steps of how to execute a motor function instead of automatically performing it. Think of a world-class Melee player who can’t wave dash or a League pro who can’t CS. These are skills that are fundamental to the game and should be automatic but under pressure suddenly require much more attention to perform. Distraction is when task-irrelevant cues take too much of your attention. Distractions can be internally generated like your thoughts constantly focusing on what happens if you lose this game and what it means for your LP instead of what you need to do in-game. Or, external like seeing a message you were expecting pop up on your phone as you’re entering an engagement. In both the external and internal models the key process is your attention being drawn to task-irrelevant information. In other words, your finite focus is being taken away from the game by distractions or going through the steps of how to perform a skill that should be automatic.

The simple tip to stop choking with gaming

There are a number of different ways to combat choking and interventions can be specific to self-focus or distraction sources. However, the goal of any possible intervention is to free your attention so you can concentrate on the task at hand. Instead of making things complicated I recommend trying one option first.

Why breathing? It doesn’t occupy your hands or take extra equipment while being efficacious and eventually quick. You also need to breathe to live, so why not make it work for you? Focusing on altering your breathing gives you back control over the situation when you are getting distracted or when you get too caught up in the minutiae of execution.

If you are in the distraction camp, I recommend simply trying to elongate your breath. Focusing too much on the execution of your breath here might become just another distractor. Instead of something like box breathing only think about making your exhale longer than your inhale and breathing deeply into your abdomen. Slow and deep breaths. Mindful attention to your breath down-regulates activation of your amygdala and integrates its activation with prefrontal regions of your brain. This particular interaction has been shown to be a key finding across multiple emotion regulation strategies. (Doll et al., 2016) Which means it will help you regulate the anxiety and decrease the pressure you feel thus

Don’t forget that any changes you try to make your performance will be more impactful if you are eating well, sleeping properly and training right. Changing how you breathe won’t erase the effect of an all-nighter. It’s like trying to build a skyscraper on shifting sand. It might be possible but it is much easier to build on a solid foundation. We also urge you to seek out help from your MD or therapist if choking is a chronic issue for you. These breathing techniques address that feeling of anxiety in the moment but can be even more effective if you address the source of the anxiety in the first place.

Key Takeaways for choking and panicking with gaming

Here are the main take-aways