Can a Gyro Ball Help Improve Your Aim? (And What On Earth Is It?) 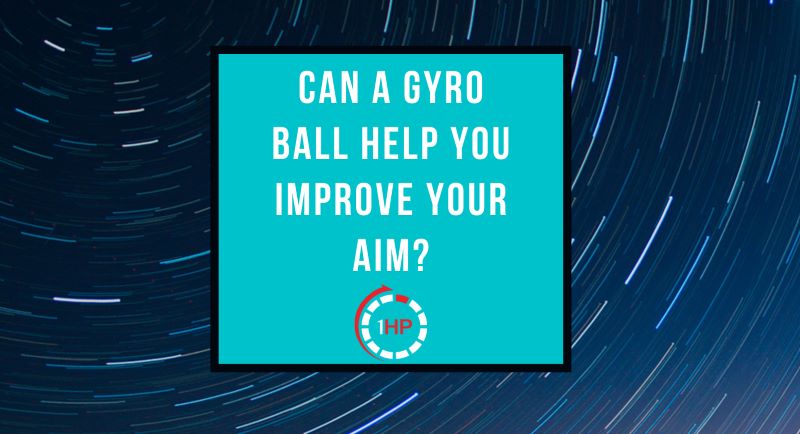 23 Mar Can a Gyro Ball Help Improve Your Aim? (And What On Earth Is It?)

Aim in gaming requires precision, endurance, and proprioception, among other skills. We all know it’s possible to improve your aim. But could a tool commonly used in hand therapy be part of an aim training routine? Let’s take a look at the Gyro Ball and see what the science says.

What is a Gyro Ball?

A gyro ball, also sometimes referred to as a Powerball, is a small, portable exercise device that is used to strengthen the hands, wrists, and forearms of individuals. The ball is based on the complex nature of a gyroscope, which combines generated forces and momentum to facilitate rotation around the axis within. This in turn strengthens the hand/wrist as it has to work to both stabilize and maintain this rotation. This tool has been used within hand therapy as an eccentric strengthening device which also promotes muscular endurance and proprioception.

Does the Gyro Ball Really Work?

In a 2008 study, Balan & Garcia-Elias looked at 10 individuals (5 male, 5 female) without any injury or conditions present and the effect that a gyro ball would have on wrist strength and endurance. Participants exercised their dominant hand 2x/day for 3 mins the first 2 weeks and 5 mins the following 2 weeks. They were instructed to achieve the highest speed possible while also maintaining control. Results show that participants had a significant increase in endurance following the 1st month with a staggering 109% increase over the month. Grip strength also measured an average increase of 15% over the month, but this was just short of being statistically significant. Results were also gathered following a second month without any exercise demonstrating a 5.3% decrease in grip strength and 7.7% decrease in endurance indicating that the majority of gains remained even after ceasing use of the gyro ball.

Another study with 45 participants sought to see if the use of a gyro ball would have an effect on individuals with tennis elbow or impingement syndrome. Groups were evenly divided with a tennis elbow, shoulder impingement, and control group. Participants did the prescribed exercises for 30 minutes, 3x/week for 8 weeks. Results found that participants in both the tennis elbow and shoulder impingement group demonstrated a significant change compared to the control group after using the gyro ball. These changes consist of significant increases in shoulder, wrist, and grip strength while also noting a significant increase in shoulder and wrist proprioception and performance (Babaei-Mobarakeh et al., 2017).

In a 2020 pretest-posttest study looking at the use of a gyro ball as a treatment for nonspecific wrist pain, researchers evaluated 40 participants (20 male, 20 female) between the ages of 18-35. Researchers discovered that by using a gyro ball 3x/week for 4 weeks at 5 minutes a day, participants experienced a significant decrease in pain while also demonstrating a significant increase in grip strength following the 4 weeks. Over the 12 sessions results showed a 56.51% decrease in pain, a 12.45% increase in grip strength, and a 19.46% increase in the number of revolutions done (Landman et al., 2020).

There are some limitations to these studies, including sample size, but the data gathered still support the use of a gyro ball as an exercise device to help prevent injury OR as part of a treatment plan to recover from an injury.

Let’s talk a bit more about how the skills this device helps train relate to gaming.

Why Does Proprioception Matter for Gaming?

Proprioception is your body’s awareness of where it is in space. This may be seen as coordination, precision, speed, smoothness of movement, and even understanding how much force to apply. For gamers, this is extremely important as you need to be able to move your fingers, wrists, and arm in a fast and precise manner without error to be at the top of your game. Increased proprioception can translate to increased aiming speed and precision, which in many esports is one of the most important areas of skill. Though it is an unconscious feeling, improved proprioception helps you refine movements with greater precision. This allows aiming of a mouse or joystick, tapping a button with the right amount of pressure, or moving from one button to another with your fingers, hands, and wrists to be even more optimal in performance.

Proprioception can be impaired in individuals who experience shoulder, elbow, wrist, and hand injuries. To combat this, it’s important to improve not only muscular strength and endurance, but also the interaction between your muscles and your brain. This is known as neuromuscular training, and it’s the base of what allows you to engage your muscles in the most optimal manner.

As the research shows, the gyro ball can be used to increase both wrist strength/endurance and proprioception. That means if you’re already healthy, it can help improve your performance further and help you avoid further injury; if you’re dealing with an injury, it might be a helpful component of a treatment plan for you. By maintaining a healthy hand/wrist you can continue to perform your best.

For reference, the type of Gyro Ball used in these clips is an autostart, as opposed to a cord-start, type. If you were using a cord start, you would initiate the motion of the ball by pulling the cord out quickly like starting a lawnmower.

This is an exercise you can perform 3x/week, 1-2x per day, for about 3-5 minutes. It’s important to note that when done, you should hold the outside of the device firmly and ALWAYS let the rotor slow and come to a stop on its own. Do not try to stop the rotor with your other hand or a finger, as this may cause injury.

So Should I Get A Gyro Ball?

Early research on the gyro ball shows it can be useful both as preventative measure and as a tool to help in the rehab process of many hand conditions by increasing wrist strength, endurance, proprioception, and decreasing pain. This tool can be purchased for a reasonable price while also being small, portable, and requiring little practice to master.

Prices for gyro balls can vary greatly from $10-$200. There is no clear evidence that one brand is superior to another, but the differences that you will often find is how you are able to start your device. Some devices require you to pull a string out from the ball to initiate the spinning (Cord-start), which you then have to wind back up making it slightly more tedious. Other devices are like the one demonstrated above where you wind the rotor using your hands or a table (Autostart). Some gyro balls have LED lights that light up as you spin which doesn’t do anything for performance, but may just allow you to have a little disco party in your room. Some gyro balls also have speed counters which increase the cost, but can help to track performance. Again, there are several options out there and it is up to you to decide which one is right for you.

It is still best to consult with a doctor, physical therapist, occupational therapist, or us here at 1HP if you have a suspected upper extremity injury prior to using a gyro ball as to ensure that it is safe for you.