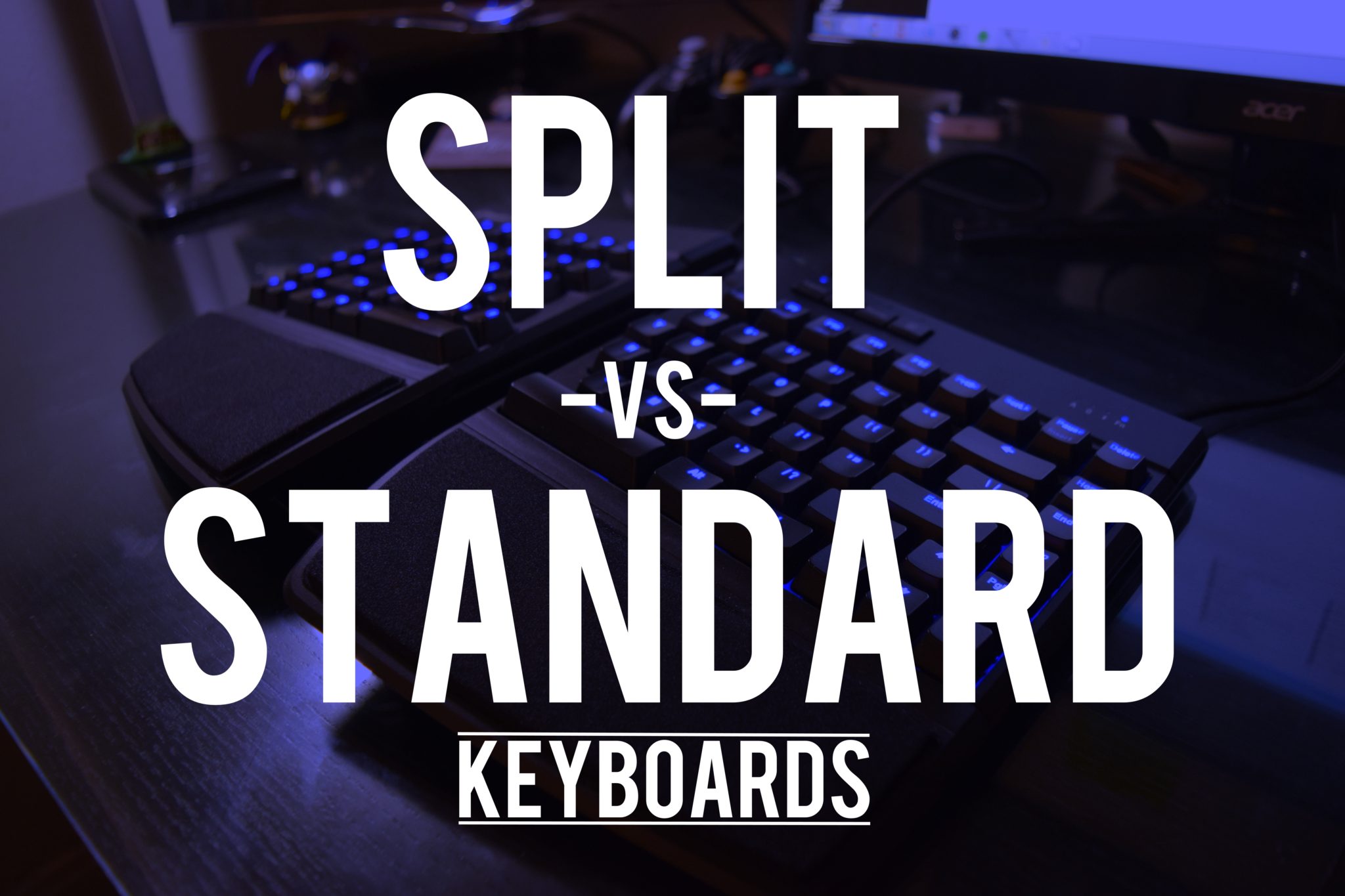 For about as long as there’s been a market for it, there’s been gaming-specific peripherals–companies like Razer, SteelSeries, and Corsair are among the three biggest companies in that market.  That kind of equipment is designed with four primary things in mind: durability, responsiveness, style, and ergonomics. Ergonomics is last on that list for a reason. It’s not so much that most gaming peripherals aren’t or can’t be ergonomic, but the other three categories tend to take priority as long as some pretty basic ergonomic standards are met. Ergonomics, decreasing injury risk, and playing without pain are what’s most important to us at 1HP, though, so let’s take a look at that specifically.

Pros/Cons of a Standard Keyboard

There’s definitely ergonomic value in your standard gaming keyboard. Light, responsive switches mean less force required of your fingers, which means less stress over time. The ability to program macros also saves movement and strain (game dependent). Some keyboards come with optional wrist rests and the ability to lift or flatten the angle of the keyboard, both of which increase the adjustability. As we’ve mentioned before, adjustability is key to good ergonomics because it increases the likelihood you’ll be able to make your equipment fit you, your posture, your injury history, and your specific needs.

However, adjustability is a standard keyboard’s biggest limitation. There aren’t too many points of adjustability beyond the front-to-back angle, and even that isn’t a guarantee. Wrist rests, if in the wrong position, can apply pressure over the wrist itself, increasing compression on the carpal tunnel. Heavier switches can require more force, which increases stress over time. And there’s really no way to change the angle of the keyboard in any direction other than front-to-back, either in terms of height or in terms of rotation, unless you rotate the whole keyboard for one hand and leave the other awkwardly contorted.

Pros/Cons of a Split Keyboard A split keyboard, on the other hand, allows for that rotation for both hands. You can change the front-to-back angle, the side-to-side angle, and the tilt or rotation. A normal keyboard forces our wrists into a slight amount of ulnar deviation, or bending towards the pinky side of your hand. Tilting or rotating the split keyboard halves lets you keep your wrists at a more neutral angle, which decreases pressure and strain over time. You can also adjust the total width between the two halves of the keyboard, potentially placing them directly in front of your shoulders and reducing shoulder internal rotation. However, not all split keyboards are designed with gaming in mind. Some are, like the Kinesis Freestyle Edge and the Dygma Raise/Shortcut, but others might lack the highly-responsive switches that people are comfortable with and that decrease strain by virtue of the minimal force required to press them. There’s also a learning curve required when switching keyboard styles, and certain positions of the right side of the keyboard might interfere with comfortable mouse movement.

Who Could Benefit from a Split Keyboard

So with those pros and cons for each, is it worth the time, money, and effort required to switch over to a new keyboard?

For some people, yes. Especially for people with a history of wrist and finger injury, or whose job and activities outside of gaming put extra stress on their fingers, hands, wrists, and forearms, a split keyboard is a relatively easy way to reduce the total amount of strain applied to those body parts day in and day out. If you’ve had difficulty making your setup more specific to you (for example, if you fiend CS:GO, want to use the left half of the keyboard like a game pad, and leave the majority of the space on your desk for mouse movement), a split keyboard adds more points of adjustability and may be the ergonomic “boost” you’re looking for.

To be clear: it’s not impossible to have a good ergonomic setup with a standard keyboard; it’s absolutely possible. But keep your heat meter in mind: a split keyboard is potentially a way to build meter more slowly.