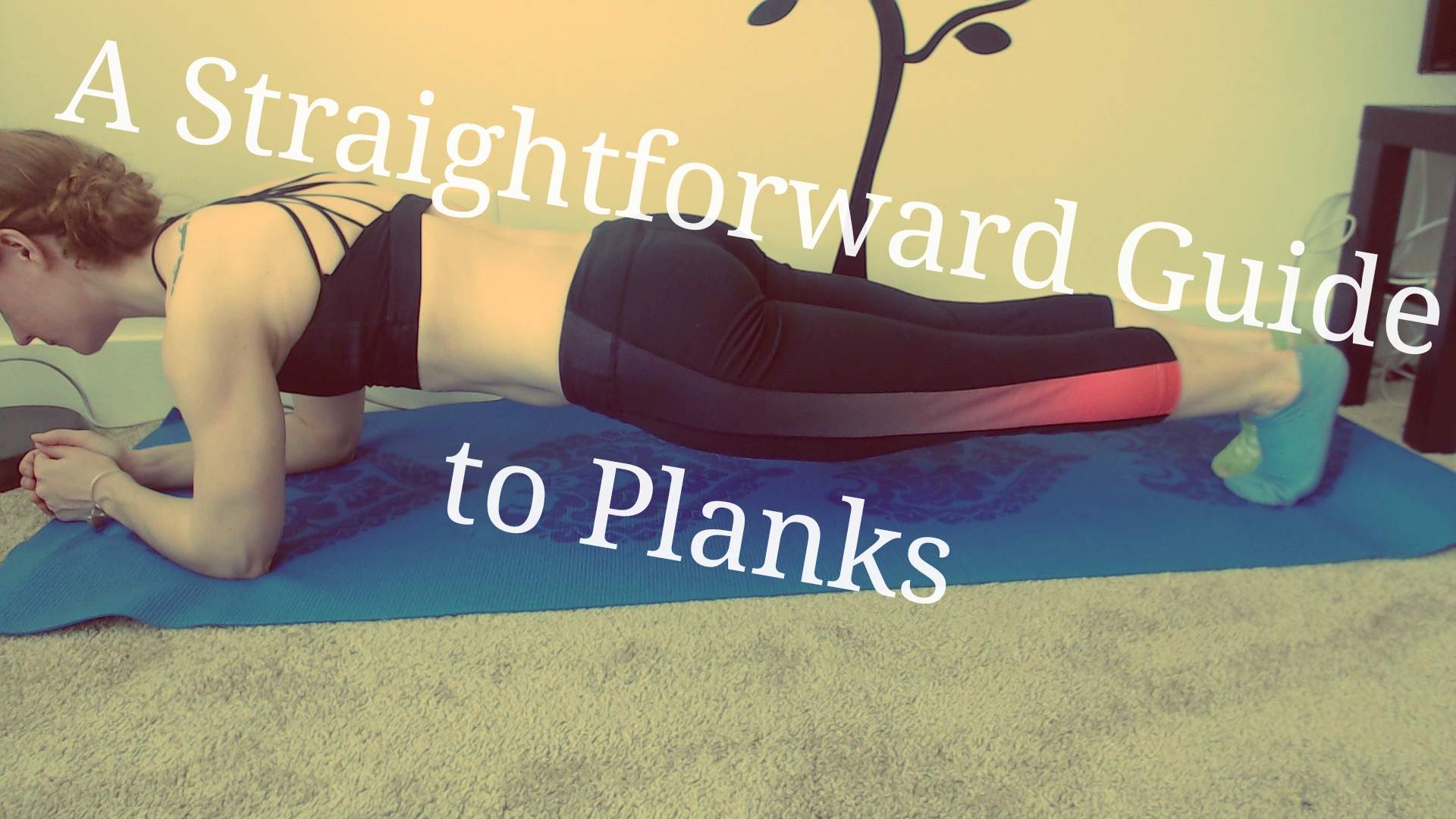 Welcome to Movement Mondays, where we go over ways to keep mobile without making yourself miserable. Each week, we’ll cover a different topic, from running to weightlifting to dancing to rock climbing. There isn’t only one right way to stay active; the “right way” is whatever meets certain basic requirements (150 minutes of moderate aerobic activity or 75 minutes of vigorous aerobic activity per week, muscle-strengthening exercise that hit all major muscle groups 2x/week) and, more importantly, keeps you interested in moving. Follow this series to see if you can find what moves you here!

This week’s topic is one of my favorite exercises and particularly important one for good ergonomics. I won’t lie: planks aren’t terribly exciting as an exercise. What they are, though, is really, really effective.

The reason I like planks so much as an exercise is that they hit so many of the postural muscles that need good endurance and strength to help you keep good form while gaming. Even better, planks strengthen you in functional positions, positions of stability.

ARE PLANKS FUNCTIONAL FOR GAMING?

What do I mean by functional positions? Unlike crunches (how many times a day do you do a motion like that?) or lumberjack chops (maybe if your job involves repetitive lifting), planks strengthen you in a position where you’re resisting moving out of a good ergonomic position. Obviously, I’m not encouraging you to stay in plank position all day for optimal ergonomics. But that position of straight back, shoulderblades back, chin tucked, core engaged is activating all the same muscle groups that we want to support you when you’re sitting.

That being said, good form is, as always, important with planks. But especially because it hits so many of the muscle groups you need as a gamer, it’s even more important to keep good form and not to strengthen the muscles in poor postures. A plank should look like…well…a plank–a straight piece of wood from head to heels, not twisted or bent. Refer to this handy dandy picture guide for what your plank should and shouldn’t look like.

Alright, so I did warn you that planks are fairly boring. On the bright side, there are plenty of variations to throw in to make things slightly less boring.

Side planks focus on strengthening your obliques, the muscles on the side of your trunk. As part of your core, they’re every bit as important as the more visible abs we tend to think of when talking about core muscles. They help you resist bending and rotation. A proper side plank is similar in style to a proper front plank–straight line from head to heels. Your hips shouldn’t be either above or below that imaginary straight line, and your shoulders, hips, and knees should all be even with each other, not twisted so that one of those joints is behind the other. Just as with the front plank, your shoulders should be over your elbow. Your non-weightbearing arm can either remain at your side or, to help with balance, point out at a 90 degree angle from you body (like making an uppercase L with your body and your arm).

Key Movement Points for Side Planks

Reverse planks focus on the core muscles of your back–glutes, lats, quadratus lumborum–as well as the smaller muscles that stabilize your spine. In this version, you’ll put your weight through your hands rather than through your forearms. The same key movement points apply: straight line from head to heels, core muscles engaged, shoulders over elbows (and elbows over wrists). The only points of “bend” in your body should be at your shoulders and your ankles.

WHEN SHOULD I DO PLANKS?

Since they focus fairly intensely on your core, planks should be the last exercise in your workout–you need your abs to not be fatigued for full-body lifts, and planks will definitely fatigue your abs. Alternately, use planks when you take short breaks while gaming or sitting for a long period of time at work.  Start with a 30 second hold, and build up to a full minute. Not sure how? Check out our one-month challenge coming later this week!

Perform 1x each plank (front, left side, right side, reverse) for 30-60 seconds or until you lose good form, whichever comes first. Do one set in the AM and one set in the PM.